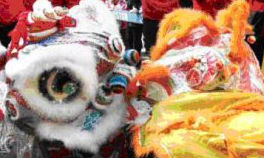 A great gift for Valentine's day or Chinese New Year

Is anyone stressed out for no reason? Or maybe you are actually stressed out for good reason. But me...I feel that I am stressed out for no good reason. What do I do? I feel that I will be in this place of semi in betweenness for at least 10 years....or maybe...this in. Between ess is actually just life. But I feel like it is an in betweenness. It is a break...it is a vacation actually. And I have found thatboften...nothing stresses me out more than a vacation. It is a feeling as though one has no purpose. Someone will say.." then do this and this for me...do such and such a thing and I will pay you. That is what you should do." But I do feel as though I have other purposes than these things and that I would be a fool to give over all of my time to these tasks that are not my will ot my own or my path...not really.
I have been thinking that I need to spend more time on meditation, and mybKung Fu oractice... which many people have always scoffed at, as pointless....as if other things are so full if meaning and "point"
How can whole.gentes of movies be made about a thing and a practice that is pointless...and whybis itbthat my particular goals are pointless.
Perhaps I am just using these practice as a meditation to find out what such a point is.
In any case, I will be trying to do more of this and finding my way on a  balanced middle path.
Posted by Kung Fu Dad at 7:35 PM No comments:

Well our Kung Fu practice started out okay
Dai dai doesn't have to participate today because he has dance. Shao chose our wali g path. I was almost going to let him get away with just bringing the baseball bat on the walk and swinging it around and having him do his sword form once...and thatbwould be it. But he didn't bring the bat. Usually the bat is actually an incentive to get him to walk.  He chose a more dangerous path to walk in terms of having to watch out for cars. I'm not sure why he did this but I allowed him to chose because it was just me and him...and because I didn't know any better. There is more traffic than there was and we won't be doing that again.  We got back and did some sword fencing drills with old canes that I was supposed to throw away. Ut instead, left leaning again trees. We moved on to free style sword fighting with the canes and he swung wildly at my to the point where I was nervous he would let go and hit our windows despite the fact that we were outside. I tried to explain to him.why he shouldn't do that, but I didn't force him to stop. But after a while it was simply testing fate and I said to love o  to doing the two man form...which we did once and he didn't seem to want to do ut more times in order to get better at it. So I moved on to his form that he usually performs...which looked particularly terrible, but it might have been because of the weight of the cane. So I switched with the nice looking prop sword we have. It looked better but I had a correction on how to get it better by using more ding lik. He used the sword as a cane, ruining the point, and complained and whined.....and basically is refusing to do the form one more time. On the up side...he is playing outside with rocks and that is better than screens. So despite the fact that he has homework to do, I am going to let him "win" and get away with it because he is playing outside, using his imagination as opposed to sneaking of and playing screens like an addict.....oops he just came in. Guess it's time to start homework.
Posted by Kung Fu Dad at 4:11 PM No comments:

My older son has trouble writing...or right now...schooling in general... and even Kung Fu ing. I told him I wanted him to start journaling. I dont even care what he writes about. The point is he had to get used to gathering his thoughts on paper without fear and anxiety. I noticed he even got stuck when being asked to draw something. But drawing was not a problem for him before. Interestingly, if he just does freestyle Kung Fu by himself, not in front of an audience, he will not be at a loss for moves. His moves may get repetitive, but he can play and play and duck and swing and cut with his weapon of choice, the baseball bat. But in terms ofnwritingbor even speaking, he tends to be more repetitive. He will want to repeat what he has heard online or read somewhere, randomly actually. But when I try to get him to drill in Kung Fu, to do the same thing over and over, to develop skill and strength, he finds this extremely boring and won't do it. Weird huh? I guess journaling is. Form of repetitive freestyle. For whatever reason
..he just doesn't want to do it. But I am going to have to start getting on him to do this simple task in addition to his school work. Because I know that after he has written more the writing will just come. He will he able to respond immediately to simple written questions.
Posted by Kung Fu Dad at 1:18 PM No comments:

So yesterday we went for a nice little Sunfay hike. There were different trails. The white box trail was the easiest one. It was a mile hike or so.....but then suddenly we were following yellow squares and the number of squares did not really seem to have a meaning and we continued and then there was an Pope pine clearing and aha...white squares again...only these squares looked more like...well white the original white squares should have looked like. "Are we almost there?" Dai dai asked. I guess some mommy's or daddy's would say, "just a little but longer honey" but seriously why lie, "I have no idea you just have to keep walking so we can get out of here." Was my answer because it was the truth and really you shouldn't lie to kids..or adults for that matter. It just confuses everything. And if the path is just one option....then don't question it...just do it until we get out. People reassured us that indeed we were going the right way and finally we came to be passing old people with canes and young children and we knew that it could6be that much longer. "WE'RE NEVER DOING THIS AGAIN MOMMY!" said Shao. Then we came to the pipe line clearing and gravel and the parking lot. "Shao...we're here" he laughed all the way to the car and laughed the whole time he ate the Royal Farms fried chicken, "I'm so happy I can't stop laughing"
I think we all had nightmares that night. So in a way it was like an haunted house...or haunted woods...which I assume are cancelled this year because of Covid...so you know...two birds with one stone.
Posted by Kung Fu Dad at 5:21 PM No comments:

The title of this post is an idea for a form I am creating. A work in process that will basically be a Kung Fu form trying to encapsulate my Sifu's story. An intro? A trailer...bot that detailed. The form is not going to be super long. I have a separate one that will be more about certain fighting techniques. The title...needs work. And I think I will make the form on my own first and then show it to my Si Hing when  I have time and see what he thinks....but it's more for me...I plan to practice these forms every day as a way to remember and basically by doing so....I know this is sort of crazy and old school but it's what I am going to do. The more I thought about it... the more I realized that because of the events of his life....there will be some pretty emotionally heavy aspexrsbto this form. So the question is...should these forms be secret? But actually that's ki d of dumb. Most people will not understand that form anyway.....so it will be a lot like a traditional form. In other words....practiced often with secret meanings but yes also performed publicly.
Posted by Kung Fu Dad at 9:03 PM No comments: 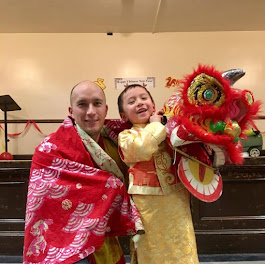 Kung Fu and the Invisible Hand

Dreams and nightmares turned into short stories with a hidden political edge.